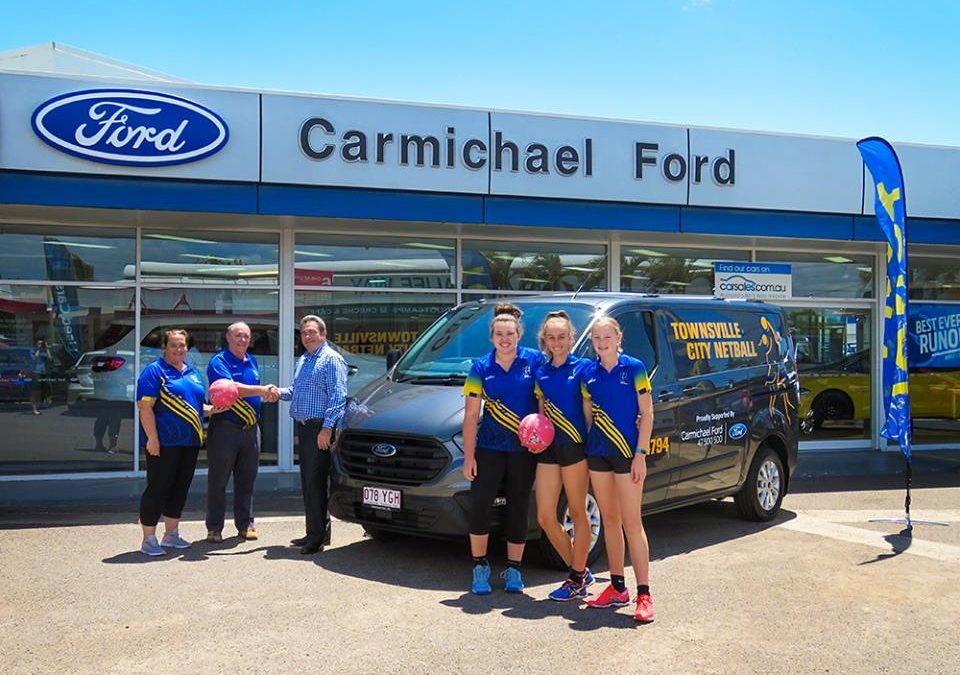 Carmichael Ford has sponsored Townsville City Netball by providing a Ford Transit to assist in transporting equipment to better deliver their services. These services are carried out in partnership with Cootharinga, the Townsville Youth Detention Centre, and PCYC groups across Townsville.

Tim Taylor, Operations Manager at Townsville City Netball, said “Moving the right gear around to conduct programs is often difficult, but is essential for us to be able to give an exciting and interactive netball experience to Townsville youth, inclusion and indigenous groups. It will also give us greater capacity to conduct more programs with in schools through the Sporting Schools program and through partnerships with individual schools.”

Gary Lewis, Dealer Principal at Carmichael Ford, said “At Carmichael Ford we are very excited to be partnering with Townsville City Netball. We look forward to developing this partnership more over the coming years to continue to grow Netball in our region, as well as encourage Townsville youth to get involved and be active.“