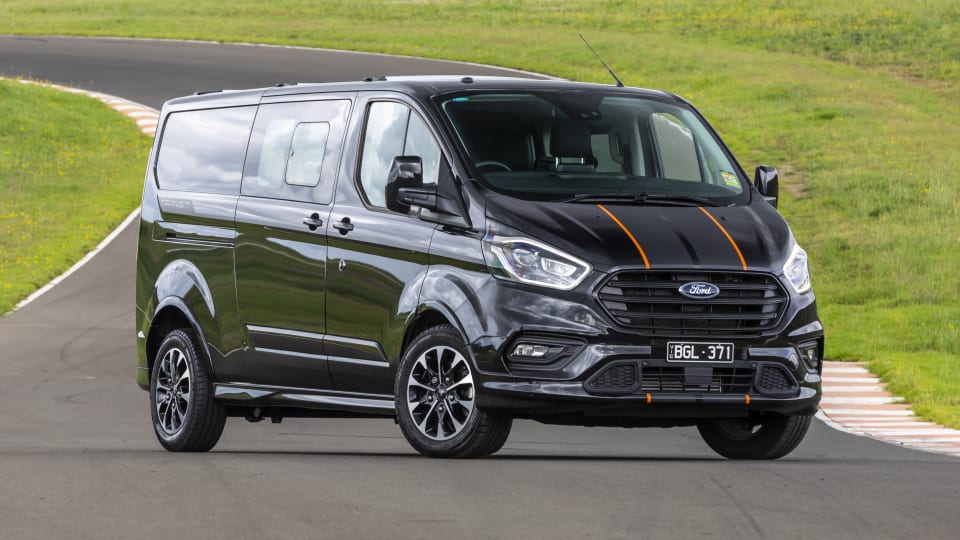 Vans ain’t what they used to be, that’s for sure. Only a few years ago, there was precious little to talk about beyond payloads and tie down points in this segment. But we’ve since been through something of a commercial vehicle renaissance.

Crucial safety technology has finally made its way into this part of the commercial vehicle world, and more complex powertrains are offering improved performance and efficiency for users. It’s best shown by our three finalists: The Toyota HiAce, the Peugeot Expert and Ford Transit Custom.

There are shades of Ranger through the interior and switchgear, lending a premium sense to the cabin of this van. Technology is strong with Ford’s Sync infotainment display, including Apple CarPlay and Android Auto.

As much as you can believe it, the Transit Custom is actually quite fun to punt around town with a playful nature through the steering and and suspension. And who doesn’t like some speed stripes on a van?

The 2.0-litre turbo diesel engine, making either 125kW/390Nm or 136kW/405Nm, is peppy and responsive. And running through a six-speed torque converter gearbox, operation is painless and easy. Buyers will have to remember filling the 21-litre Adblue tank, because this powertrain complies with strict European emissions laws.

Claimed fuel economy is rated at 7.3L/100km, for both tunes of the diesel powertrain.

Servicing comes every 30,000 kilometres or 12 months. Along with the longest service intervals, the Transit Custom also rates as the cheapest van to service over five years.