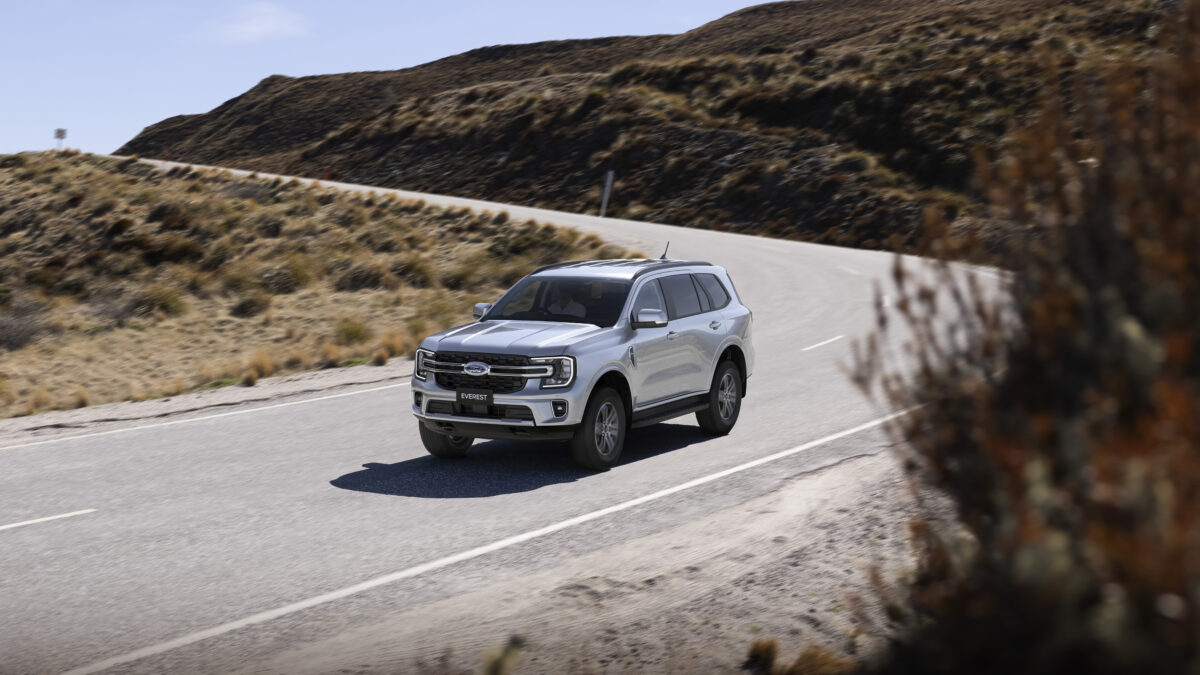 Ford Australia has confirmed specifications of its hotly anticipated Everest.

The Ranger-based SUV will be offered from launch with the choice of 3.0-litre V6 or 2.0-litre four-cylinder turbo-diesel engines with 184kW/600Nm and 154kW/500Nm respectively. Both will be paired to Ford’s 10R80 10-speed automatic transmission with two- and four-wheel drive configurations available within the line-up.

Everest uses the same e-Shifter transmission selector found in high-grade Ranger models, and, depending on variant, will be offered with up to six selectable driving modes. On-road, these include Normal, Eco, Tow/Haul and Slippery, with Sand and Mud/Ruts offered for off-road use (on 4WD models). 4WD models also include a rear differential lock.

Braked towing capacity of 3500kg is standard across the Everest line-up while payload capacity ranges from 654kg through to 741kg, depending on variant (see table below for more information including GCM and GVM details).

This article originally featured on goauto.com.au and can be viewed here.